Captain Kirk and the Microcassette Revolution 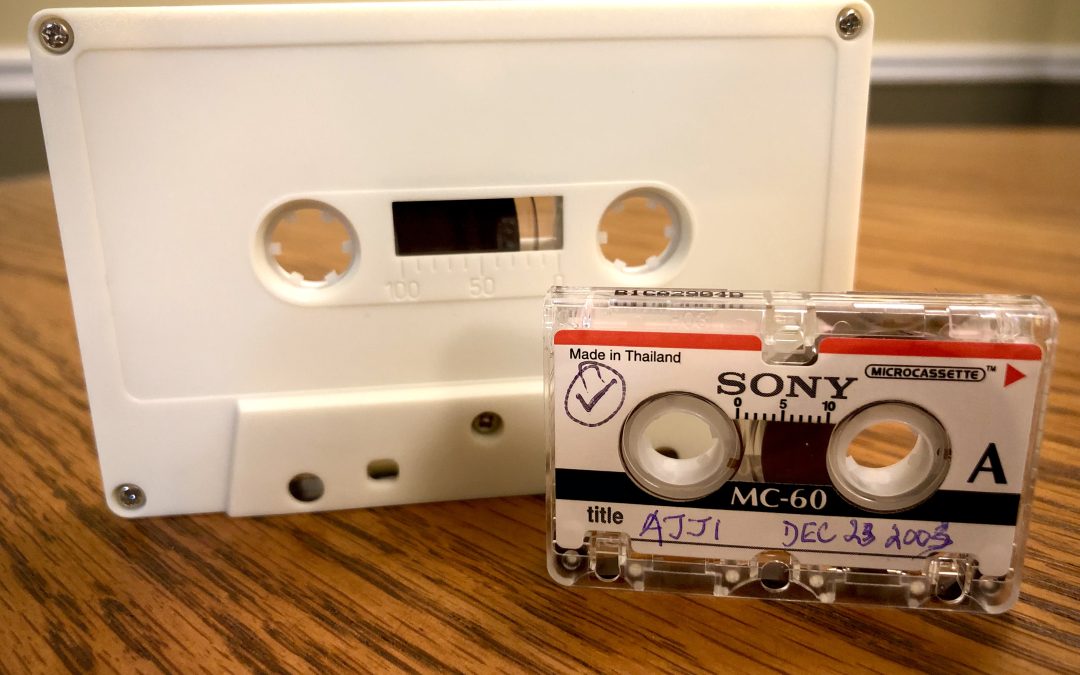 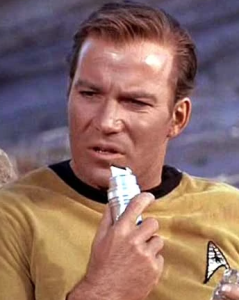 “Star date 7-22, we have discovered that talking into a small handheld device is much cooler than speaking at those bulky industrial rectangular recorders”.  The microcassette, what a brilliant invention!  Could its popularity have been sped up by none other than the iconic Captain James T. Kirk from Star Trek?!  If you were of age in the 70’s, you remember the large rectangular tape recorders you would see at school, or if you were lucky enough, you had one at home for you and your friends to play with.  Quite capable, but bulky.

Although microcassettes came onto the market in the late 60’s, It wasn’t until the late 70’s and early 80’s that these became more common.  I came across an article in the September issue of Popular Science that touted “The new-breed tape machines that fit in your pocket”. 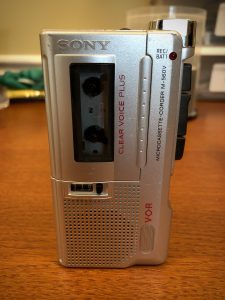 They boasted palm sized portability but with a price tag of between $200-350!  A new client, James from Timonium, brought 3 microcassette recordings to Towson Transfers of his dearly departed mother talking about her upbringing in India and her journey to the United States.  We were able to transfer these cassettes to a digital audio file that he can not only listen to, but can easily share with the rest of his family.

Maybe you have some of these cassette recordings hidden in a corner of a drawer?!